We’ve just launched our new Full-colour illustrated ebook on the iBook store and soon on Kobo: part of a brilliant new digital series for iPad, iPhones and the desktop OSX Mavericks OS. Beyoncé is a clever, sassy performer who’s kept her audience on their feet for over a decade and is a role model for her millions of fans. Embarking on a global tour in 2013 she’s recently starred at the Superbowl and reformed Destiny’s Child for a series of showpiece theatrics. This unnofficial book is packed with amazing photos.

Available from iTunes (here): Here’s what the book looks like, on an iPad: 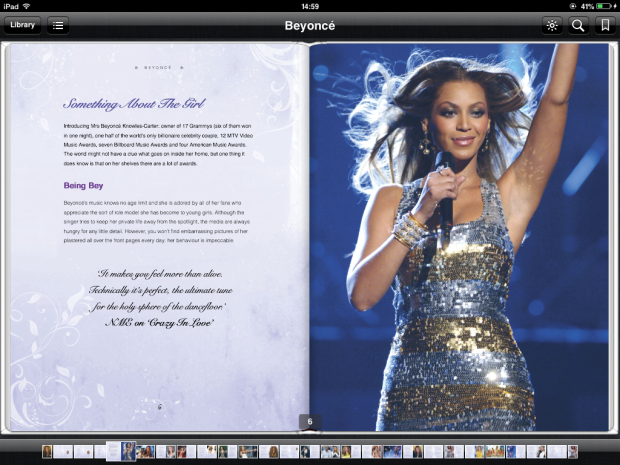